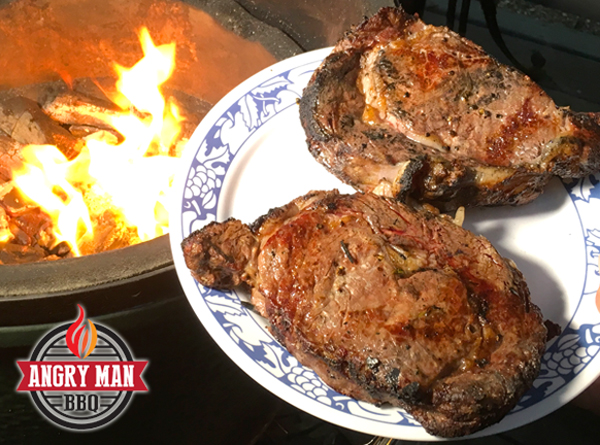 OK, sorry it’s been a while since I’ve posted – but I’m back.

Recently we had friends over to eat at the Angry Man BBQ Test Kitchen and I wanted something special for them. I picked up some of those 1lb Ribeyes from the meat case at Costco. You know the ones – always so pretty in the package with great marbling and slices ever so thick to get to that 1 pound mark! These were destined to be some fine eating for us.

You know I’m a Sous Vide fan and regularly cook my steaks in the water bath and then sear them off on the BGE for a great look and a little smoke flavor. So we set these up with the Anova cooking 2 of them to 135° which is the upper end medium-rare. I let them run for 2 ½ hours. At that point I took them out of the vacuum bags they were in, drained all the fluids and gave them a pat-down with paper towel to dry them. Then I gave them a good dusting with Kosher salt, coarse ground pepper and Lane’s Ancho Espresso rub. 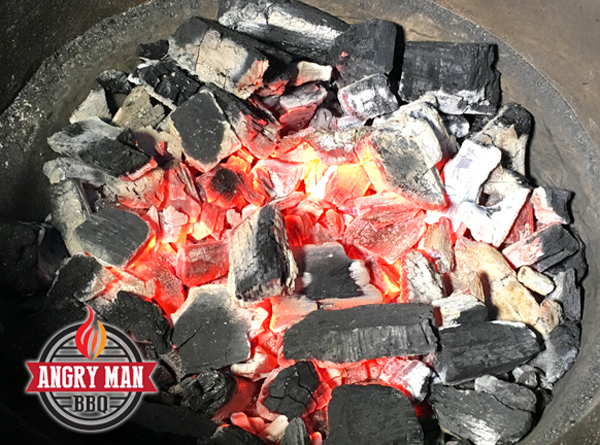 Meanwhile I had built a good fire in the large BGE and allowed to grow well with the lid open. My friend – also an egger – seemed a little concerned that I hadn’t shut the BGE but I’d told him we were going to do something a little different with these. So I took those totally cooked (remember that sous vide cooks them totally but they don’t look very pretty) 1 pound ribeyes and watched my friend’s face as I just tossed the meat down onto the hot coals. 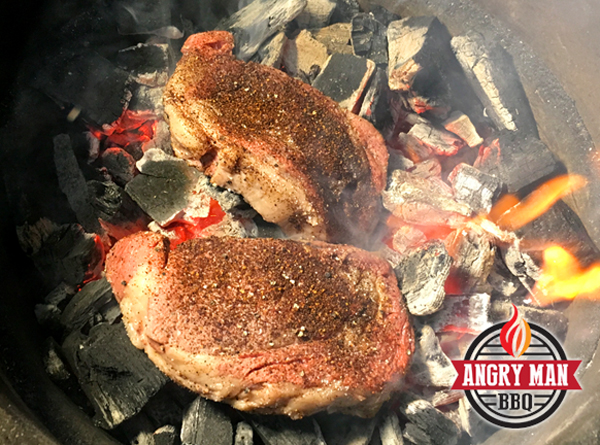 We gave them just over a minute on each side before pulling them – there’s a little ash that sticks when doing this but it brushed off easily. We then gave them a generous dab of herb compound butter before covering them with foil for a little rest. 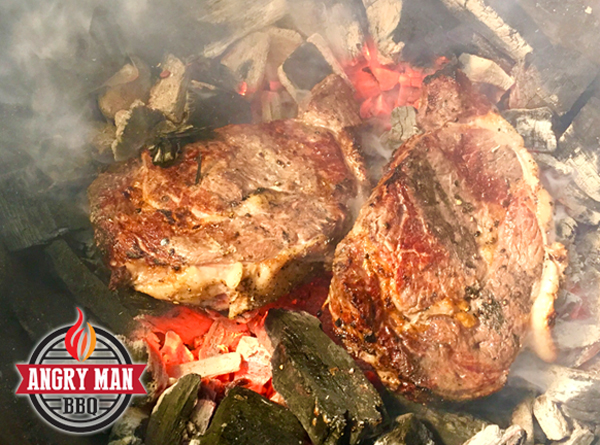 These big steaks serve best sliced and allows each appetite to select the amount and color they like best.   We did let one of the 2 steaks stay just a little longer on the coals since we had one person that wanted the meat just a little less pink. 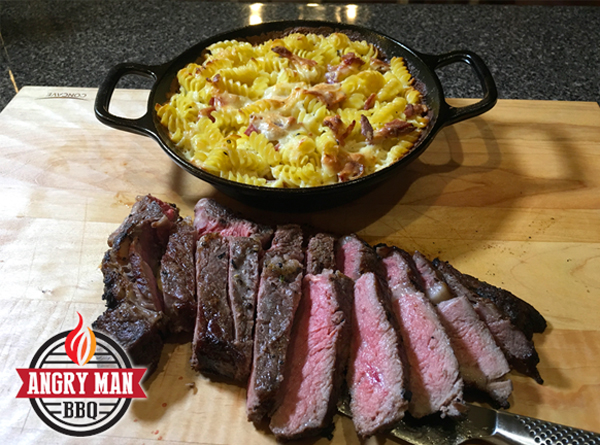 At the same time I had a cast iron pan of mac & cheese with bacon in the other BGE baking in hickory smoke.   There’s an earlier post on how I make that – it’s pretty easy and makes a super side dish. You know, you can never go wrong with Mac & Cheese!

More to come in the days ahead!