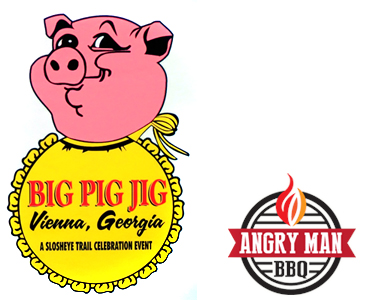 Way back in “the year 2000” a Q friend told me that a great way to improve my cooking would be to become a judge. Well, a few weeks later I was on a Delta Jet headed for the main-office for all things Q: Memphis, TN.   I attended a Memphis In May judges training class and passed the final exam (which was a written exam rather than eating Q as you may want to guess).   After that I had to successfully judge in all 3 MIM categories – whole hog, shoulder and ribs – as a part of ultimately becoming a Certified BBQ Judge. 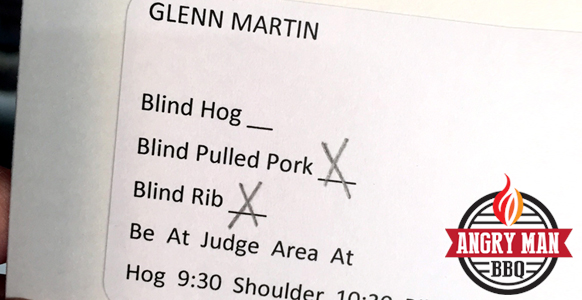 The Discovery Channel lists the Big Pig Jig as one of the Top Ten BBQ Contests in the US. One of my favorites to judge, the Pig Jig is held in Vienna, Georgia every November.   This contest is unlike anything you might imagine – it has a life of it’s own.   The grounds for the event are visible from I-75 and perhaps you’ve seen the grouping of buildings as you have passed by the exit.   Where many contest have space for competitors to come in an set up their tents or trailers the Pig Jig has a dedicated group of regular entrants that actually own “buildings” that are their cooking and entertaining area for the contest. 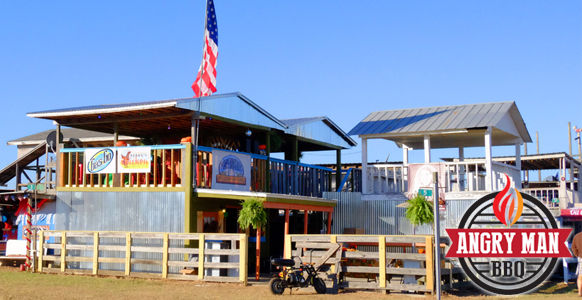 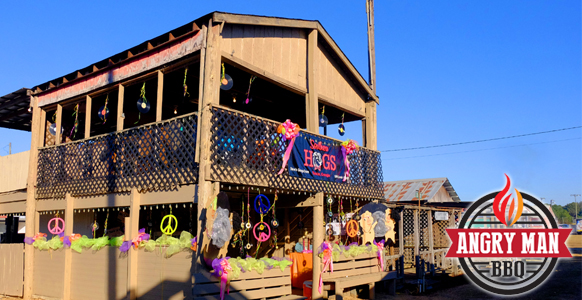 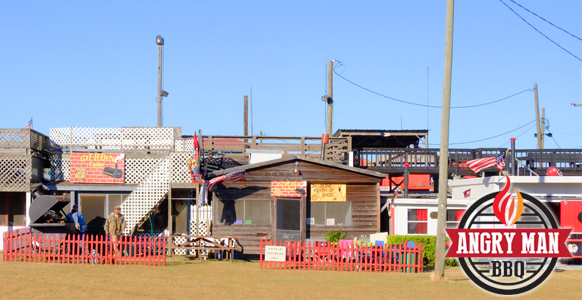 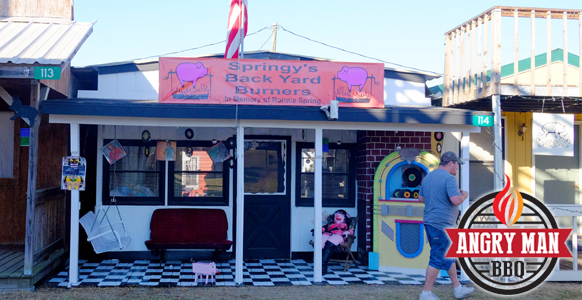 A bit of a hodge-podge of construction styles – from lean-to to high-rise pole barn -the team homes line a grid of streets with Q related names. Some are much more elaborate than others with multiple levels, chandeliers, and themed décor. My habit of arriving early on competition day allows me plenty of time to greet the busy teams, inspect the myriad styles of cookers and see which teams have listed their site with a local real estate company. Yep, a stroll down the BBQ lanes on contest Saturday morning is a vital part of the entire Pig Jig experience for me. 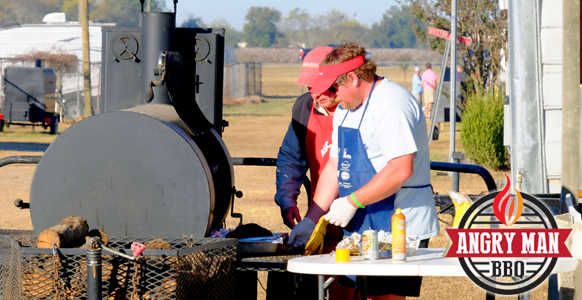 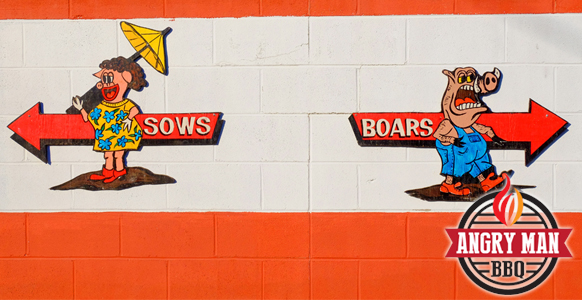 Since I became certified the sanctioning organization for BBQ contests spun off from Memphis In May and became the Memphis Barbeque Network.   Each sanctioned contest – and there are many in the US – has MBN representative on-site to run a rather official contest by a very specific set of rules. Hear me now so I don’t get angry, this is serious business!   Cook teams take it seriously, contest sponsors have big investments and judges are there to enjoy but realize the importance of the day’s work. 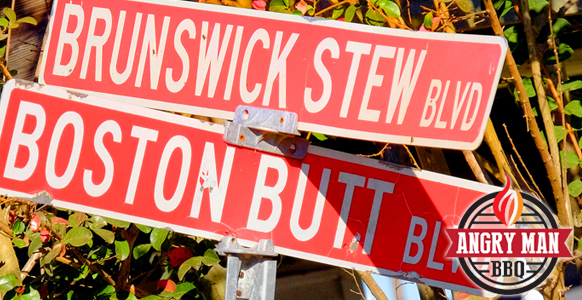 This year the rules for a MBN sanctioned contest changed a bit. Teams used to be judged “on-site” by 3 different judges as well as the “blind” judging by other judges. It was a great experience for anon-site judge to visit a team in their cooking area to hear their story, inspect their smoker and sample a great product prepared just for that one judge. Imagine a team of cooks preparing a pork shoulder or rack of ribs just for you – that was the experience for an on-site judge. (whole-hog entries were shared) But that was a lot of work and expense for each entrant, especially when you take into account that they also cook and prepare a box of their product to submit for “blind” judging where 4-6 judges sample, compare and rate without knowing what team prepared the Q. So this year MBN contests are 100% blind judging. Groups of 4 judges evaluated the all of the entries. 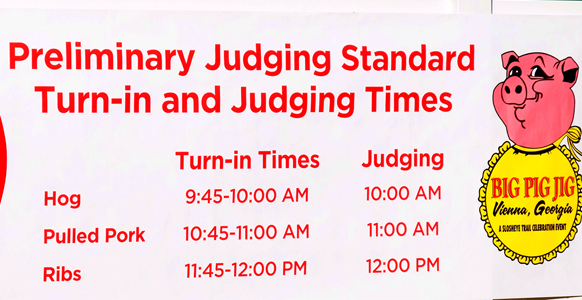 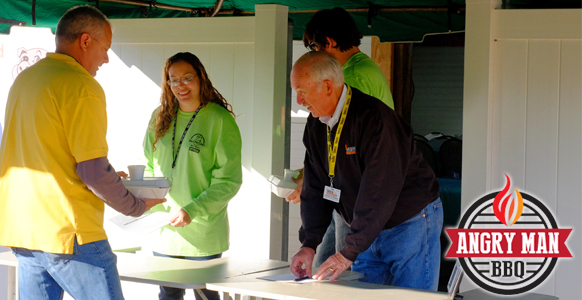 It’s not a plush super comfy job – but usually the Q is really good.   Glorified “to go” boxes packed with their best effort are hustled over to the turn-in point by each team. The boxes have been loaded to present a team’s best work to the judges who will first give the product a score on how it looks. The first step for a table of judges is to stand up and open the 6 styrofoam encased entries that line the center of the table. Before anyone begins to sample, each judge rates the appearance and presentation of the Q. There’s no consultation between the judges – each scores with independent judgment. 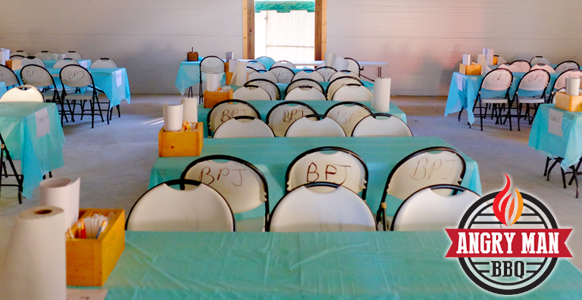 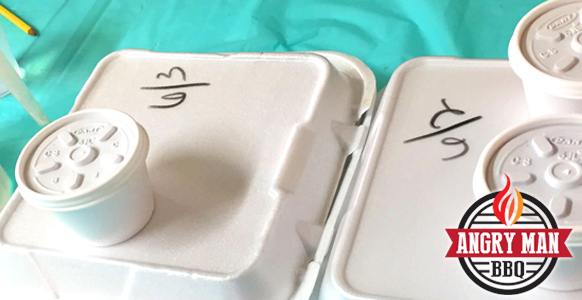 In a Q contest it’s about what you have in front of you right now – not about what you like best or what your fave joint happens to serve.   We judge based on the best we have on the table right now with a 1 to 10 score.   Well, the score really begins at about 5 as we critique texture, flavor, tenderness, and overall impression. If a team shows up, actually cooks and turns in a sample of their product we give them a 5. Now, keep in mind that there are teams that show up and cook but the Friday night party has taken it’s toll on the attention given to the true task at hand and there’s nothing worthy of serving a judge.   But I digress…. So think this way: 5 if you show up & cook; 6 if have a product to present; 7 if it looks & smells good enough for the judges to get in in their mouth (I could digress here); 8 if the judge can chew and swallow; 9 if it’s good; and a 10 for the absolute best you’ve eaten today! There are sub scores in the quality categories and an overall score that divides into decimal points where entries are close. Art and science combine not only in the preparation of great Q but also in the evaluation and judging. 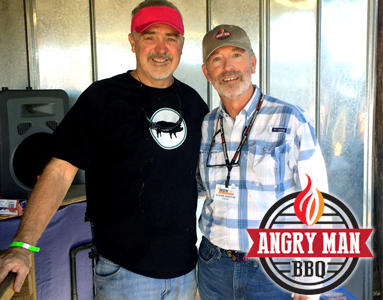 My pretty-darn-close-to-lifelong-friend Bo Johnson is also a Q guy. His team “Pink Pork Pokers” is a regular at the Pig Jig. Yes, he has one of those wonderful huts in the Pig Jig Village. We keep in touch through Facebook and share views on BBQ and politics – then we look forward to visiting together at the Pig Jig. He’s done well as a competitor through the years taking home a few trophies. Have I judged his Q???   Well, I don’t know – that’s what blind judging is all about.   But, I have enjoyed some super Q from his team after the judging! 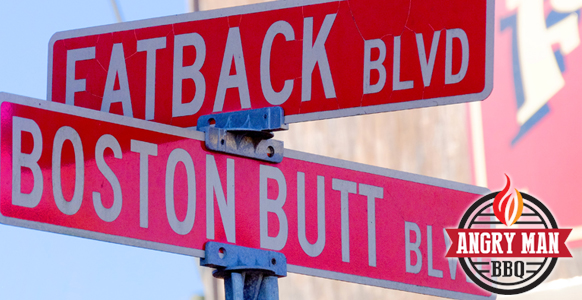 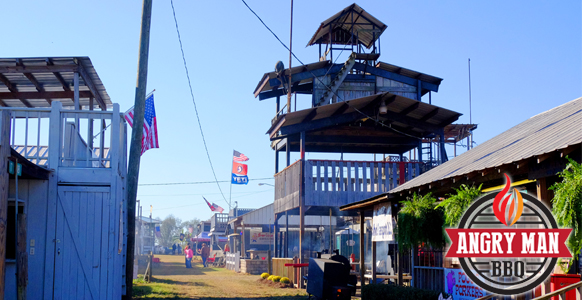 The first weekend in November the Big Pig Jig village right on I-75 at the Vienna exit springs into a smoke covered busy little city.   Stop by – walk the grounds and talk to the teams. There are rides for the kiddos, funnel cakes, burgers and Q. Hey, as I often say: there are far worse ways to blow a weekend that sampling championship bar-be-que!

Cook something good very soon – it’ll make me angry if you don’t!!! 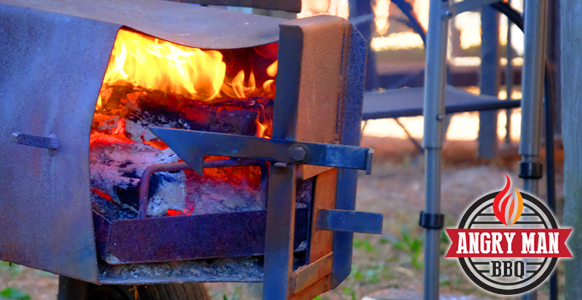 Oh, judging doesn’t pay – actually, most contest now charge their judges to participate – that bites but I keep going back. 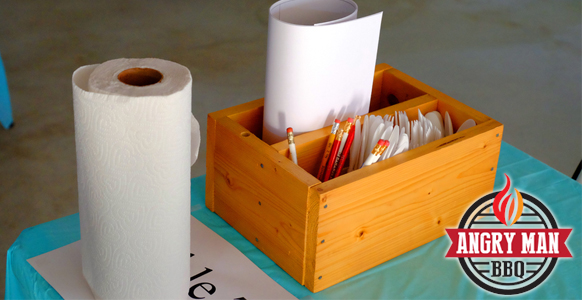 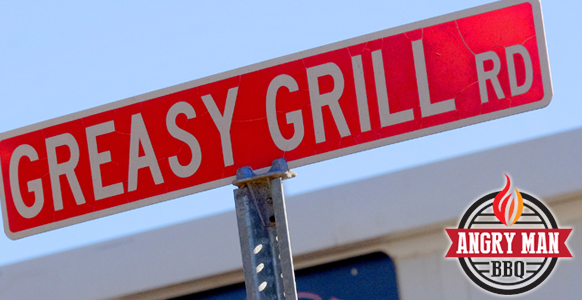